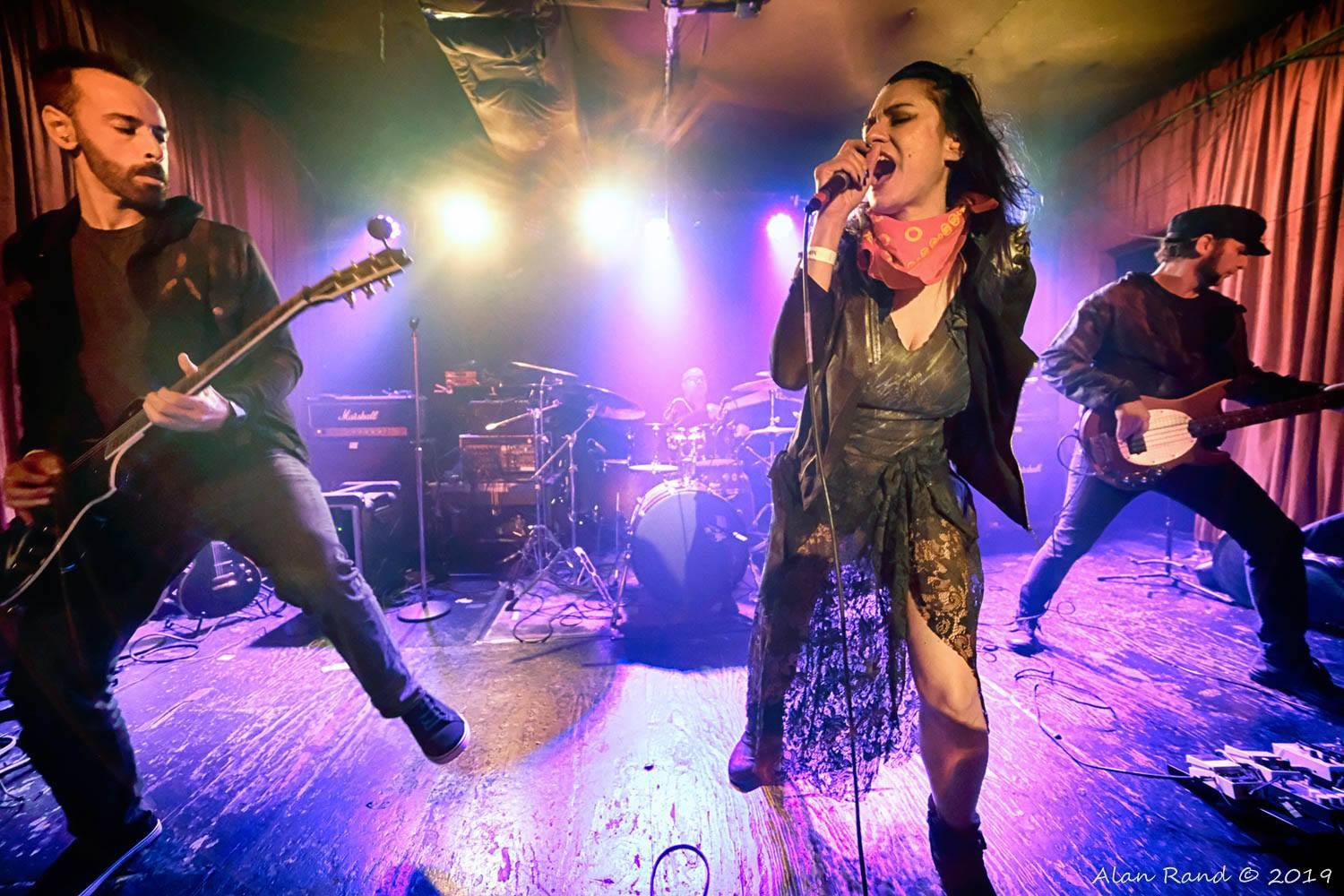 2019
"Over the past decade, CHARETTA, a female-fronted modern rock band based out of New York City, has broken barriers by proving themselves in the male dominated hard rock/metal music scene. They've opened for such national acts as Soundgarden, Nine Inch Nails, Hinder, Red and have even played on festivals like Warped Tour and the Revolvers Hottest tour!"89 NORTH MUSIC

2017
"the attention was glued to the return of alternative rockers CHARETTA. Members Rich Mollo, Angelina DelCarmen, Pablo LaFrossia, Chris Fullam, and Adonis Sanchez were ready to hit that stage for a triumphant return but first, they had a surprise for the decent sized crowd. The group premiered their new video for “We Will Survive,” co-directed by Jo Shufton, Angelina and David Uscinski .Shortly after the horror-induced video, the band walked onto the platform, delivering tunes spanning the history of their career including “The Apocalypse is Here,” “Not Made of Stone,” and “I’m Not Your Bitch.” CHARETTA was resurrected, and the crowd enjoyed every moment with their enthusiastic delivery. Mollo was exceptional that night as the chemistry between him and Angelina’s radiant stage presence were on point. Additionally, guitarists La Frossia and Fullam executed killer riffs that most likely were the best in the band’s entire career making this lineup currently unbeatable. Lastly, Angelina brought the music video to life on the platform and went into “We Will Survive” to close out their set. It was a tight performance and great to see them back in action. Hopefully, it won’t be another two years before they return and we will see much more CHARETTA!" AMPS and Greenscreens 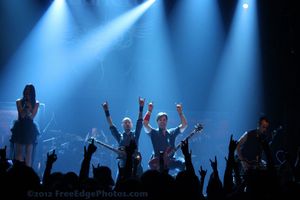 "And finally, my bass bro, Richard Mollo, and Angelina DelCarmen from New York City’s Charetta showed up on YouTube again. Only this time, they are starring in the latest video from the New York City metal band, Sinaro, for their song “Break the Paradigm” featuring Oli Herbert from All That Remains. I can’t believe I haven’t heard Sinaro before. They’re pretty bad ass! Check out the video for “Break the Paradigm” on YouTube. For more on Sinaro, visit Sinaro-band.com." North Jersey Notes: Red Hymns

2015
"The crew from Charetta has been writing their tails off recently. As they gear up for their next opus, the band has been behind closed doors in some pretty intense songwriting sessions. This will be the first CD without longtime bassist Richard Mollo. For more on Charetta and to find out when the new CD will be out, visit charetta.com." North Jersey Notes: Driven Mad, Charetta, Atom Strange and More! 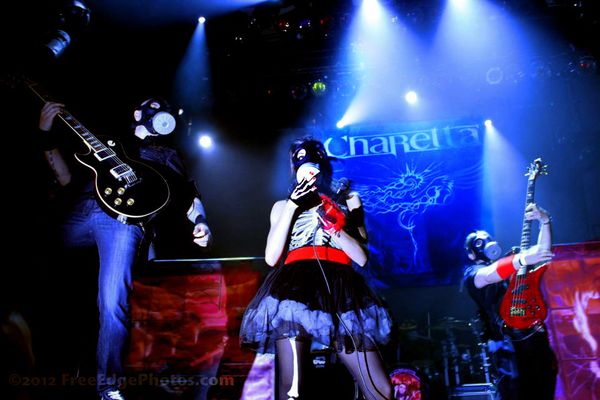 2014
"Consistently active in and around the local scene, Charetta have been featured on some major National bills on their New York stops, including Revolvers Hottest Chicks in Hard Rock 2014 and Vans Warped Tour 2014. Led by vocalist Angelina DelCarmen, Charetta revved up the stage like a steam engine with guitarist Pablo LaFrossia, guitarist Chris Fullam, drummer Adonis Sanchez, and bassist Richard Mollo, Performing songs like “Lights Out,” along with newer track “I’m Not Your Bitch,” Charetta had the right amount of energy to strike a chord with everyone present that night at Gramercy Theater. It was easy to see this was a bittersweet night for the band and their followers, as it was also the farewell performance of Mollo on bass.  Saying their emotional goodbye to the long-time band member, Charetta still march on. Look for them at a free acoustic performance in NYC on December 11th, just in time for the holidays." FLYLEAF SOAR HIGH IN NYC 10-16-14 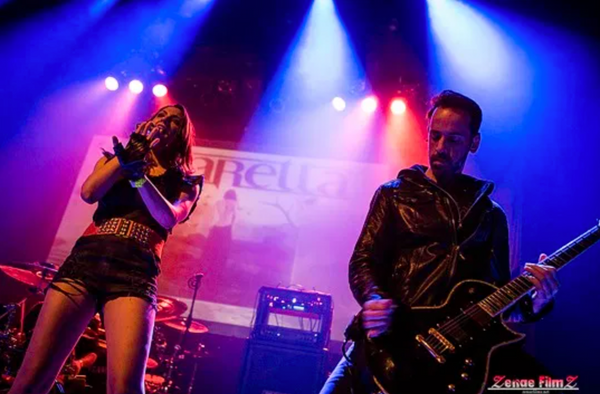 "Lead singer Angelina wowed fans with her vocal ability and stage presence. The band proved to have great chemistry on stage, though was saddened when it came time to announce that it was bassist Rich Mollo’s last show. After a very successful set, the band hugged as the fans cheered as the band said goodbye to bassist Rich Mollo. I’m sure we’ll be seeing this band back on stage with a new bassist soon." Flyleaf’s ‘Between The Stars’ Tour At The Gramercy Theatre

"Starting out the rock party was New York City band Charetta.  Extremely active on the local scene, this hard rock band fronted by Angelina DelCarmen has been making a name for themselves with energetic live performances as they play clubs around NYC and Long Island  After winning the battle of the band’s spot for opening Revolver Magazine’s Hottest Chicks In Hard Rock NYC show, the band reached a broader audience in their quest to reach the top.  Taking the stage with force, DelCarmen and company rocked hard through a series of their original tunes which had Revolution red hot early on; gearing up for the rest of the evening."  POWERMAN 5000 & 9ELECTRIC ELECTRIFY REVOLUTION MUSIC HALL AMITYVILLE, NY 5-4-14 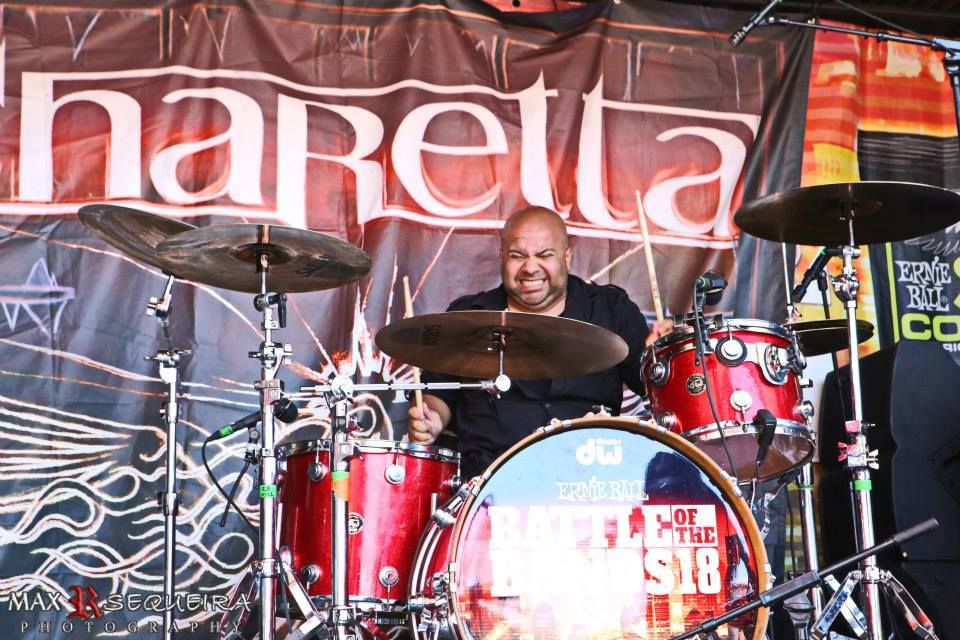 "Back on the Ernie Ball Stage at 1:30 PM, New York City based hard rock band Charetta were ready to go.  Lead by vocalist Angelina DelCarmen, the band has found themselves on bills with some of rock’s heavy weights including Lacuna Coil and Sick Puppies this past winter.  Blazing through a high octane vocal performance, DelCarmen and the band showed this audience exactly what Charetta is all about." VANS WARPED TOUR 2014 ERUPTS AT JONES BEACH, NY 7-12-14

"This year, the first group to do so was Charetta, a Manhattan-based, female-fronted, metal-infused outfit who actually didn’t look like they were born yesterday. The powerful vocals of Angelina DelCarmen alongside the dual shred of guitarists Pablo LaFrossia and Chris Fullam, with bassist Rich Mollo and drummer Adonis Sanchez rounding out the percussion, were a lively standout. With this being their only stop on the tour, the band needed to give this performance all that they had, and they didn’t disappoint. If Charetta is playing at a theater near you, you should really check them out, they’re a good time."THE VANS WARPED TOUR 2014 TAKES JONES BEACH (WANTAGH, NY)

"Though the crowd was just filling in when they started their set, they soon caught the attention of many in the audience, who started banging their heads along with the band’s single “Lights Out.” Despite having to maneuver around other bands’ equipment, singer Angelina del Carmen (who looks and sounds a lot like Cristina Scabbia) hopped around the stage encouraging the crowd to move along with the band’s unique hard rock sound. The set included songs off the band’s new EP Apocalypse as well as some older material from previous releases, all of which sounded great and full of energy." Hottest Chicks in Hard Rock Tour 2014

"Even though Charetta won the opening slot for this tour on short notice, they were showing no mercy as the show began. Front-woman Angelina DelCarmen and bassist Richard Mollo brought the energy of the venue out. This was the first time I witnessed their show live and for those who have now really should. Although they only had roughly 20 minutes, it was all they needed." Blood Lines Media - Revolver Magazine Hottest Chicks in Hard Rock

"They released their debut album Defying The Inevitable in 2009 produced by Brett Hestla (Creed, Dark New Day).  Through the years, the band has honed an aggressive hard rock sound lead by the emotional vocals of Angelina DelCarmen.  Now on the night they open for Eye Empire they are celebrating the release of their new EP Apocalypse.  The EP was recorded right here on Long Island by Mike Watts (Story of The Year, Theory Of A Deadman).  Friends, family, and a growing fan base gathered early to help in celebrating the release of Apocalypse.  As the band performed the new material it proved to be some of their most powerful to date.  With heavy grooving guitars, aggressive sound and powerful vocals Charetta’s performance was a well-received opening for the evening."
Cryptic Rock Review Opening for Eye Empire 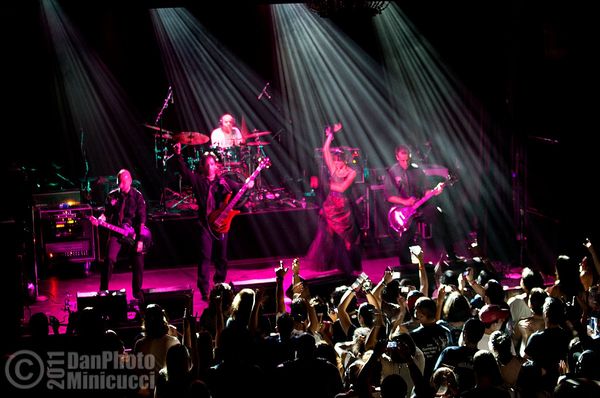 2013
"One of my favorite New York City bands, Charetta have finally released their long-awaited EP, Apocalypse, and it is getting some rave reviews from fans. So, it seems the wait was worth it! To celebrate, Charetta will be out performing live through the rest of 2013 in support of Apocalypse. Log onto charetta.com to find out when they will be playing by you!" The Aquarian

2012
"Charetta, and Panzie flirted with breaking down doors to the mainstream by packing the larger venues in Manhattan with their anthemic hard rock and Big Apple attitudes in check and in full effect." The Deli Magazine 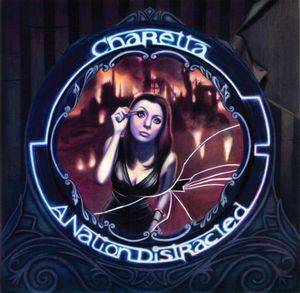 2011
NYC female fronted quintet Charetta doles out an emotionally charged five-song excursion demonstrating this burgeoning unit’s modern rock wares on "A Nation Distracted." A powerful vocal presence of Angelina DelCarmen coupled with the combination of the band’s hard-hitting mainline metallic riffs and driving rhythms channel an amalgamation of Chevelle, Sevendust, and Evanescence (“Fighting Blind”) while a barrage of dramatic songwriting nuances and sweeping transitions assist this group to take their music to the next level (“Lights Out”).  Charetta’s latest musical output displays a handle on the mid-tempo malaise that commercial hard rock radio craves while containing a bevy of heavy hooks poised for mass adulation. "A Nation Distracted" Reviewed by R. Scott Bolton